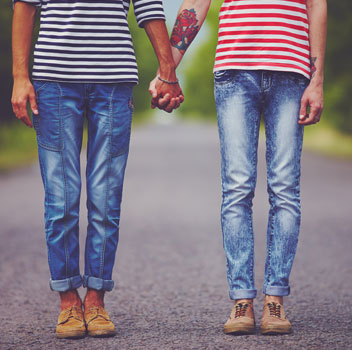 Who: Teens ages 14-17 who identify as LGBTQ (lesbian, gay, bisexual, transgender, queer, genderqueer, non-binary, pansexual, and other identities along the spectrums of gender identity and sexual orientation). Occasional exceptions made for mature 13-year-old individuals.

What: Sentier offers two support groups for LGBTQ-identified and questioning teens. Group members will have a safe space to explore their identities, create community, and just be themselves. Group topics may include healthy relationships, coming out, gender exploration, talking with parents, and other topics that the groups decide upon.

Why: LGBTQ individuals are at increased risk of mental health issues, substance abuse and addiction, and certain types of trauma. Additionally, LGBTQ youth have limited access to adequate mental health care and supportive services. This group aims to provide the support that is often lacking for LGBTQ teens.

Fees: Group cost is $40 for screening and per group session. Sliding fee available, inquire with therapist. Superbills are provided for all group members and are particularly helpful for those who would like to submit to HSA, flex accounts, or insurance providers for out-of-network reimbursement. Therapist may be able to submit out of network insurance claims if requested following payment.